56. Making money from journalism. Finding news stories you can sell.

In this and over the next few posts we will be going into detail about selling news stories.

Any idiot can give away content for free (and if you are struggling to do even that than perhaps you should reconsider your career options).

But why should you be doing it? The immediate answer is obvious: The cash.

That, however, isn't the only or most important reason (it is highly unlikely you will be paying off your university fees - more likely a couple of takeaways).

Getting into the habit of selling stories concentrates the mind more than any classroom exercise. You will be on the look out for news stories in your day to day life. 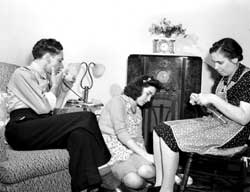 And after that you'll have to put up with seeing your byline robbed and a 50/50 chance you won't get the money... or at least have to spend an age chasing it up.

So a few generalisations:

1. Local newspapers and websites rarely pay for stories - even front page ones.

6. Stories about middle-class young people do better than stories about working-class old people.

8. Exclusives can pay more than selling all around - but you will only get paid on publication.

9. Prepare to be ripped off time and again (and not just by the nasty papers - who are actually more likely to pay).

10. Being first helps but until you gain trust it might not always be enough.

And remember above all else - the most important byline is the one on the top of the cheque, as the (old) adage goes.

First off if you intend to sell a story to a national or a magazine or an agency do not merely pass yourself off as a student journalist. While strictly speaking it may be true it's also dishonest.

People may be more inclined to help a student rather than a professional reporter - and, understandably, they may get mightily pissed off if they discover you've been flogging off their story and soon as you've left them.

It's a greyer area if you run it in your student publication and then sell it on because than it is in the public domain.

Secondly don't go around telling people you work for the publication you WANT to sell it to. News editors take a very dim view of this -  not least because it will be they who will be dealing with any mess you leave.

And anyway these days they have enough problems dealing with complaints (mostly imagined or exaggerated) about their own reporters without having to deal with wannabes claiming to be on their staff.

(Oh yes, that too is dishonest.)

When in doubt try: Freelance reporter, which more or less covers everything.

Now stories come from anywhere - and there are no hard and fast rules. Previous posts in this blog have given you pointers on where to find general news.

But essentially what makes a story can be anything. Your college is a good place to start (ie a college netball team playing in a foreign town hit by a hurricane would probably make a story that people would pay for - especially with photos).

If you are a journalism student and assigned a patch listen out for the unusual - a celeb moving into the local area (be careful about this as estate agents have been known to conjure up these stories at times when an expensive property in their area isn't selling).